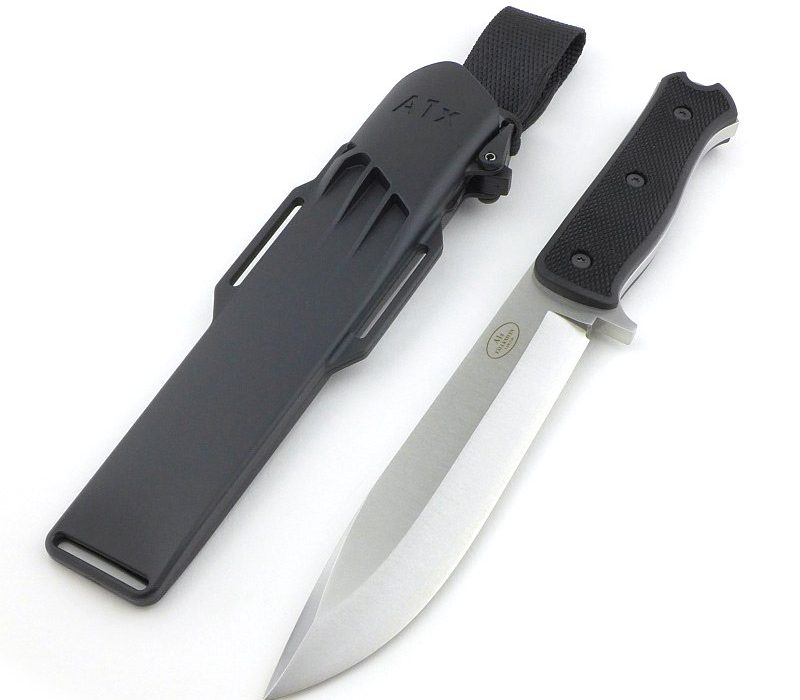 Not that I have ever doubted the strength of Fallkniven’s knives, but as soon as I saw there would be full exposed tang versions of their popular models I had to get hold of one! So the ‘x’ series delivers the A1, S1 and F1 with full tang and removable scales as the A1x, S1x, and F1x. The ‘x’ series also boast new updated sheaths with locking system. In this review of the Fallkniven A1x, join me in taking a good look at how this new version of an already tried and tested knife stacks up. It’s a beast! 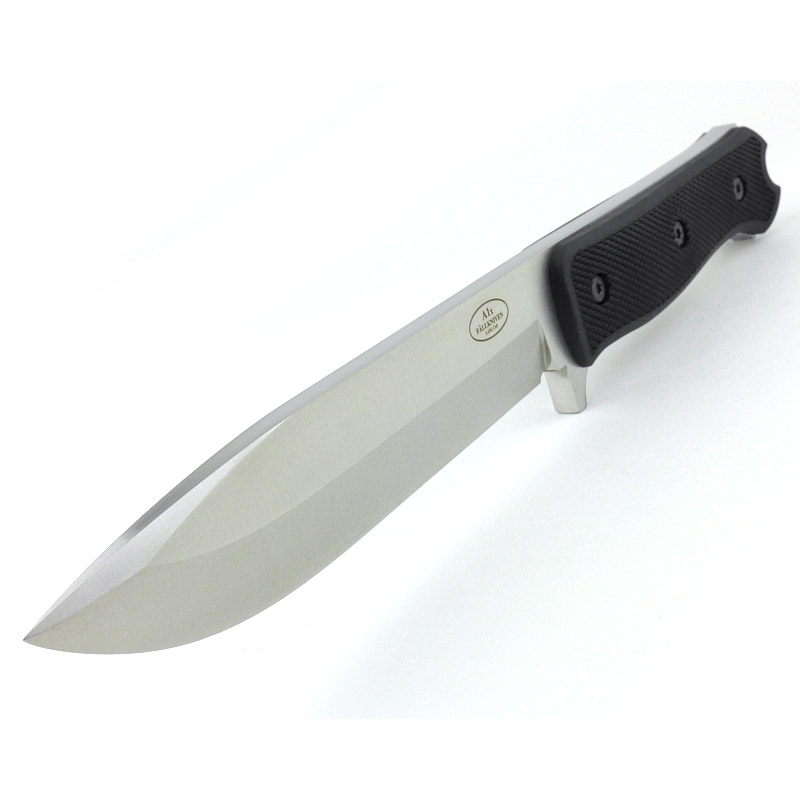 A sad sign of the times is that a ‘genuine product’ sticker can be found on the box (sad that the unscrupulous are selling fake Fallkniven knives).
The Alx is simply presented wrapped in bubble wrap in its sheath.

A good look round the A1x’s sheath – Things to look out for here are:

Fallkniven have put a lot of thought into the x series sheath, building on previous versions and the ‘Pro’ series sheath to make this more secure and versatile than ever.
On the side opposite the finger guard, there is a locking lever which makes it impossible for the knife to fall out of the sheath, no matter how much it gets shaken around.

A good look round the A1x – Things to look out for here are:

Onto this chunky piece of laminated steel with removable Thermorun handle scales. The lamination of the steel is easily visible in many of these photos.

The Blade and Handle – Detailed Measurements:

For full details of the tests and measurements carried out and an explanation of the results, see the page – Knife Technical Testing – How It’s Done. 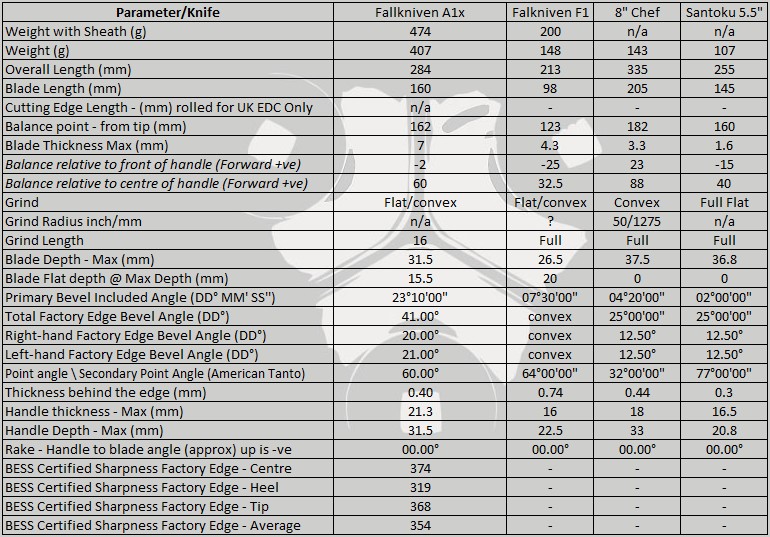 The A1x is one of the first blades to appear to contradict the SET testing in the previous section. The results for this CoS steel were not as good as I thought they would be, and this normally translates into real world edge retention. However with the A1x, the edge has been holding up fantastically in normal use, better than blades with superior SET results.
Considering my testing of the A1x involved plenty of heavy chopping as well as fine carving, and the edge just kept on going and going, there may be other unexplained factors at play.
I also found that when sharpening the A1x it proved very easy to get a really good edge. Some steels are more difficult to get a good edge on, but despite the high spec of the steel, it was very accommodating.
Of the three x series knives, the A1x is the biggest, and although the A1x blade is still only 160mm long, it has enough weight with the 7mm blade stock to be a very effective chopper.
7mm, YES, 7mm full exposed tang knife – that is 9/32″ for anyone preferring imperial.

7mm blade stock and a blade depth of only 31.5mm And a Convex Sabre grind, does mean the A1x is not a great slicer when deep cuts are needed. It is much more of a woodsman/bushcraft knife and well suited to wood processing, but less so for finer tasks. You can prepare food, and with the right technique use it for general cutting tasks, ensuring you use shallow cuts and allow the cut to open up to give the blade room to move through.

Fallkniven plastic sheaths can rattle a little, and the supplied sheath is right handed only due to the design of the knife retention. There are some left handed options available, so you might need to check this in advance.

A new development in the x series is the sheath lock, which works very well and negates the need for a fabric retaining strap. Once engaged the lock blocks the knife from moving so it can’t be released from the sheath. Security and peace of mind, a great new addition.

The A1x in its preferred habitat… 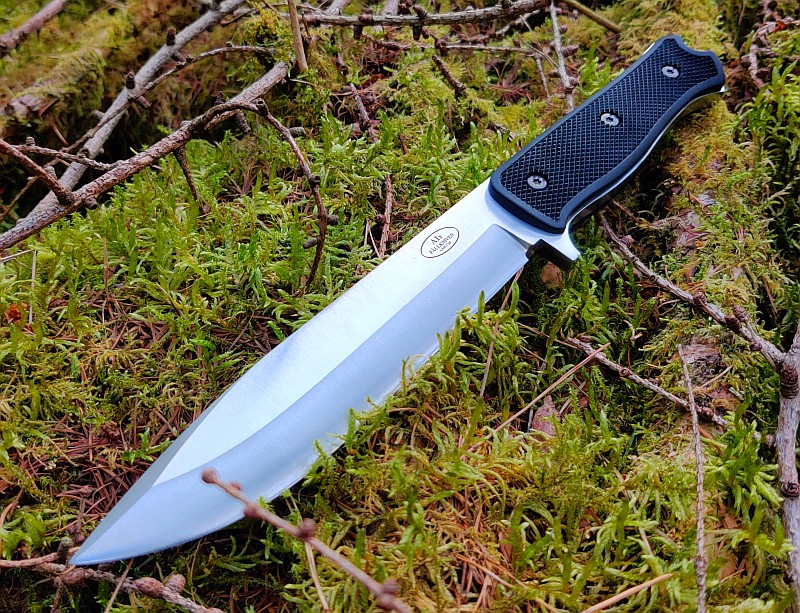 Everything about the Fallkniven A1x is simply reassuring – the blade thickness, the full exposed tang, the sheath lock, the steel, the convex grind, and not forgetting the pedigree. This is a knife I feel I really could trust my life to, and if I had to pick one blade to get me out of anything, this is right at the top of the list.